Corwen Electricity Co-operative has a founding board of volunteer directors. At the first AGM there will be elections and any of the members will be eligible to stand for election. The present board comprises the following directors: 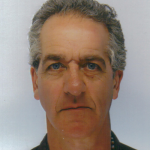 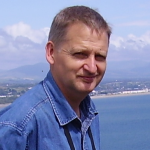 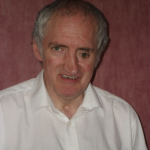 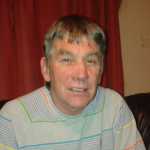 I am originally from Greenwich in London but have lived in various parts of the U.K. including Northern Ireland and Norfolk.

I moved to Cynwyd 8 years ago with my partner, Jen. We live quite a sustainable life with a pig, some rare breed sheep, ducks and hens.  We grow a lot of our own fruit and vegetables.  We installed solar panels two years ago and have seen a good return on them.

I have worked as a volunteer with The Waterways Recovery Group on canals all over England for the last 23 years.  I am now involved with The Corwen Railway Society and The Corwen Walking Festival.

I hope that this hydro scheme will enhance our town and would encourage others to get involved.

I have a background of mechanical engineering and have worked in a variety of roles in the local Monsanto chemical works for 23 years. Outside of work I have been on, and am on, numerous committees in and around Corwen, including secretary to the MerionethCounty and Corwen Cricket club, past treasurer and warden of Carrog parish church, member of the WarMemorial Park committee and more recently have become one of the founder members and secretary of the Corwen Railway Society. I see this hydro project as a vital link to the future prosperity of Corwen town by not only providing finances to benefit the community but also to help unite the town’s people, educate our youngsters, (as it would be a great project for our schools to follow) and do our bit in helping to decrease the carbon footprint of our world.

I am married to a local girl and have four grown up children and four grandchildren.

My name is Robert Glaves White Roberts, I am an active member of Corwen Town Council, Corwen Partnership and Corwen Walking Committee. I am keen to help the community in Corwen to improve the area and also help to bring more tourists into this beautiful area of North Wales. The Hydro scheme should contribute some financial assistance for the community through the green production of electricity:- a win-win situation!

I’m originally from Gwyddelwern, then lived in Bryneglwys for a while before coming to Corwen in 1985.

After obtaining a degree in Electronics at University College Bangor, I started my own electrical business. During that time I completed the re-wiring of Pale Hall, Llandderfel, which has its own 60kW hydro system, installed in 1918 and still working fully today.

Now, and for the past 16 years, (a big change) I’m running the Owain Glyndwr Hotel in Corwen.

With Nant Cawrddu running underneath the hotel, I have great interest in seeing this project succeed.